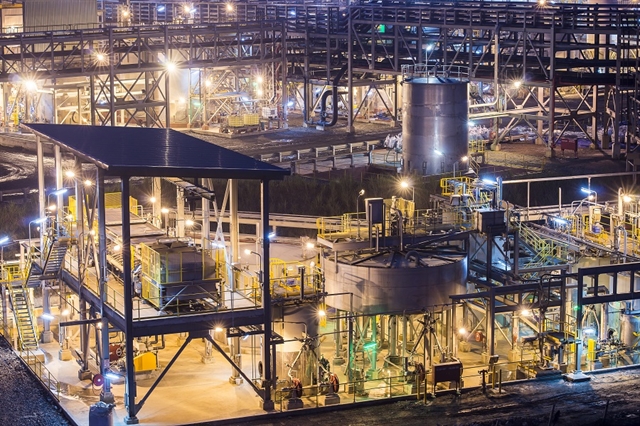 The benchmark VN-Index on the Hồ Chí Minh Stock Exchange (HoSE) reversed course after a morning increase. The index slightly decreased by 0.06 per cent to end Monday at 1,166.05 points. The benchmark fell 2.3 per cent last week.

Overall the market recorded 236 stocks climbing, of which 41 hit the intra-day limit growth of 7 per cent, while 219 fell. Another 40 closed flat. On the southern bourse, more than 707.2 million stocks were traded during the session, worth nearly VNĐ15.8 trillion.

The large-cap stock basket also ended lower with sixteen stocks falling, while only eleven rose. The VN30-Index finished the day at 1,154.7 points, down 0.16 per cent.

The market gained in production, construction and real estate stocks while witnessing the selling pressure from banking, securities and oil and gas sectors.

Meanwhile, the top five stocks badly influenced the market today including PetroVietnam Gas JSC (GAS) down 2.19 per cent, Vietinbank (CTG) down 2.13 per cent, JSC Bank For Investment And Development Of Vietnam (BID) down 1.44 per cent, Vietcombank (VCB) down 0.49 per cent and Techcombank (TCB) down 1.38 per cent.

During the session, more than 151.5 million shares were traded on the bourse, worth VNĐ2.14 trillion.

According to Bảo Việt Securities Co, the market is expected to experience corrections in some sessions and maybe recover later this week. The VN-Index has the possibility to test the old resistance zone around 1,200 points in the short-term, the securities firm added.

Exporters to identify risks of trade defence measures in the US

Banks to make provisions for COVID-19 affected loans this year