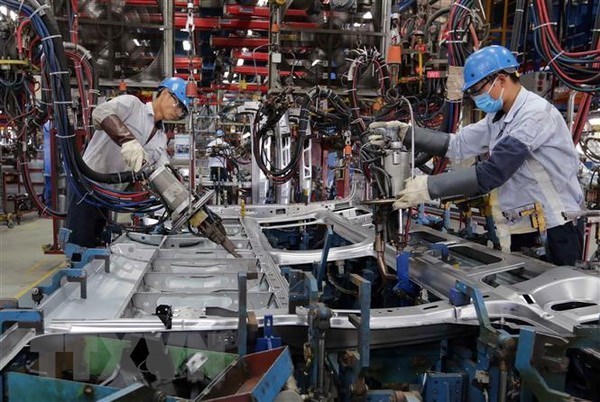 A plant in Việt Nam. The Vietnamese economy will remain stable and be driven by industrialisation and urbanisation in the medium term. — VNA/VNS Photo

HÀ NỘI — Canadian entrepreneurs have voiced their belief in Việt Nam’s economic outlook despite the fourth wave of COVID-19 and the adverse impacts of the pandemic on the country’s activities and growth.

In an interview with the Vietnam News Agency’s correspondent, Marc Djandji, Chartered Financial Analyst (CFA) at the ASEAN Strategy Group Limited advisory firm, said the Southeast Asian nation was one of the world’s most dynamic stock markets and its economy has stayed resilient until the first half of 2021.

Việt Nam’s economic activities would be restrained in the coming months due to the spread of COVID-19. Industries, manufacturing and construction, which serve as a driving force for the economy, were bearing the brunt of current outbreaks, he said.

Djandji underlined that Việt Nam’s recovery would depend on the implementation of the COVID-19 vaccination drive, speaking highly of the country’s strong sense of collective responsibility and solidarity.

According to him, the Vietnamese economy will remain stable and be driven by industrialisation and urbanisation in the medium term.

The country will continue to benefit from its integration into the global supply chain, foreign direct investment attraction and a rapid growth rate in manufacturing.

Echoing Djandji’s views, Phil Witherington, Chief Financial Officer at Manulife insurance company, said although the resurgence of COVID-19 might cause short-term impacts, the Vietnamese market’s potential in the long-term remained robust and stable.

The Vietnamese Government had taken essential steps and worked with firms to protect workers and customers in Việt Nam, as well as exerted efforts in economic development.

He went on to say that Việt Nam was among countries seeing economic success in the region and one of Manulife’s largest markets in Southeast Asia.

With a projected population of 120 million people by 2050, Việt Nam is viewed as an attractive destination for Canadian businesses. In addition to trade, cooperation opportunities have emerged in other fields of investment, financial services and infrastructure development, among others.

The country posted a gross domestic product growth rate of 5.64 per cent in the first half of this year.

Việt Nam’s GDP is forecast to hit 4.8 per cent this year, according to the World Bank. — VNS