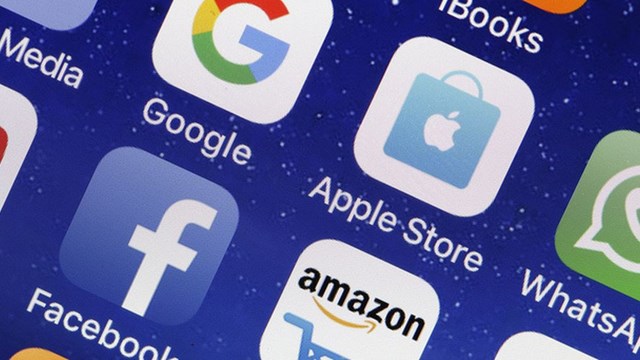 Foreign service providers including Google, Facebook, YouTube and Netflix will have to pay taxes in Việt Nam. — Photo doanhnhan.vn

The Ministry of Finance (MoF) has proposed to allow foreign service providers such as Google, Facebook, YouTube, and Netflix to pay taxes online through the web portal of the General Department of Taxation.

The collection of tax from those companies was one of the important parts in the draft circular guiding the implementation of a number of articles of the Law on Tax Administration and the Government's Decree No. 126/2020/ND-CP of October 19, 2020, which were approved by the MoF recently.

Overseas suppliers who have no permanent establishment but conduct e-commerce or digital-based business activities and derive income from individuals and organisations in Việt Nam shall still be treated as permanent entities in the country.

They shall be obliged to make online tax registrations and declarations on the General Department of Taxation’s official portal, and be allowed to open more than one bank account for making tax payments but have one email only to receive tax notifications.

The draft circular also stipulates the obligation of banks and payment intermediary service companies to define transaction accounts of foreign suppliers who have no permanent establishment in Việt Nam to withhold taxes.

According to insiders, Google, Facebook, YouTube, Netflix and the e-commerce platform Alibaba are currently operating and making huge profits in Việt Nam with turnover of up to billions of US dollars.

Previously, the Ministry of Information and Communications (MIC) estimated that Facebook's advertising revenue in Việt Nam in 2018 was about $1 billion but they did not pay tax.

A representative of MIC said: "If the full amount of tax incurred by foreign service providers in Việt Nam is collected, the revenue could reach hundreds of millions of US dollars." — VNS

How APAC countries can be one step ahead of cybercriminals: forum

Hòa Phát’s imports from Australia to reach $1.44 billion this year

Việt Nam Digital Transformation Day to take place in May

Local banks earn high profits in the first quarter of 2021

VN-Index declines for a second day, penny stocks in the spotlight

Law on management of State capital in enterprises should be changed: experts