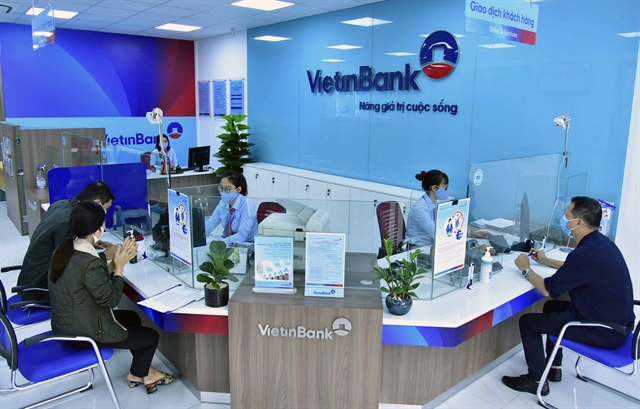 The market’s breadth was positive as 333 stocks climbed, while 64 stocks slid and 34 stocks ended flat. The liquidity was high with more than VNĐ21.3 trillion (US$941.79 million) being injected into the southern bourse, equivalent to a trading volume of over 676.5 million shares.

The index was pulled by gains in many large-cap stocks with a quick recovery from bank stocks after last week’s tumbles.

Despite a positive session, analysts from SSI Securities Corporation (SSI) warned that the benchmark would soon face correcting pressure as the VN-Index was heading to the resistance area near 1,340 points and it was still in a short-term downtrend.

The 30 biggest stocks tracker VN30-Index recorded a rise of 0.88 per cent to close yesterday at 1,431.05 points. Of the VN30 basket, 20 stocks increased while only three stocks fell, and one stayed unchanged.

Bank stocks led the market’s rally trend, with four out of the top five most influential stocks in the banking sector. Data compiled by vietstock.vn showed that Vietinbank (CTG) was the biggest gainer yesterday with an increase of 3.69 per cent, followed by Vietcombank (VCB), up 1.53 per cent.

On the other hand, selling pressure rose against some big material stocks in the afternoon session. Accordingly, Masan Group (MSN) posted losses of 2.43 per cent, while Saigon Beer - Alcohol - Beverage Corporation (SAB) fell 0.88 per cent.

During the session, nearly 144.4 million shares were traded on the northern bourse, worth VNĐ2.8 trillion.