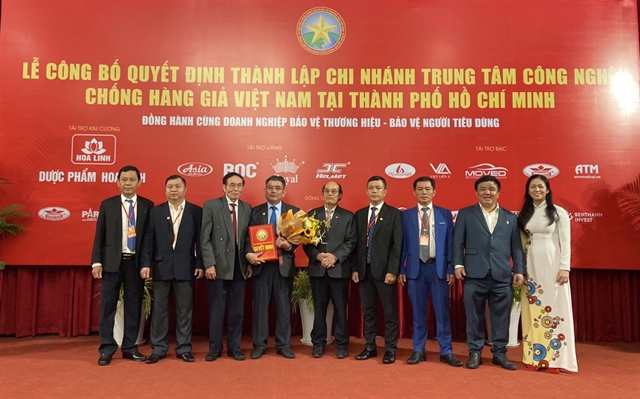 HCM CITY — The Anti-counterfeit Technology Centre (ACT) Việt Nam on Wednesday in HCM City officially launched its branch in the city, aiming to prevent counterfeit products and protect the rights of consumers and enterprises in the southern region.

The opening of the HCM City branch also marks an effort by ACT Việt Nam to expand and improve their operation as well as to fulfill their tasks.

The establishment of ACT-HCM is highly appreciated as HCM City and the southern provinces play an important role as it is the economic hub of the country and the commercial gateway connecting Viet Nam and the world.

“The establishment of ACT-HCM will help us take advantage of all resources in local areas in the fight against counterfeit in the southern region,” said Phạm Văn Thọ, director of ACT-HCM.

ACT-HCM will be responsible for providing local enterprises with high-tech solutions such as high-tech stamps and QR codes to prevent counterfeit products.

The branch also will study and provide methods on how to supervise and clarify authentic and counterfeit products. Services relating to preventing counterfeit and fake products, intellectual rights, and barcodes will also be provided.

Training courses and conferences about methods preventing counterfeit products will be organised.

The branch will also co-operate with relevant sectors to support companies in the fight against counterfeit products.

The issue of counterfeit and fake products has been an urgent one for many years. It has had a negative impact on people’s life and health, and affected company’s business.

ACT Vietnam is the first organ in Việt Nam to receive operation certification granted by the Ministry of Science and Technology in the sector.

ACB ties up with Sun Life Vietnam to develop bancassurance

Margin trading should be allowed on UPCoM

Shares bounce back on good news of coronavirus vaccine