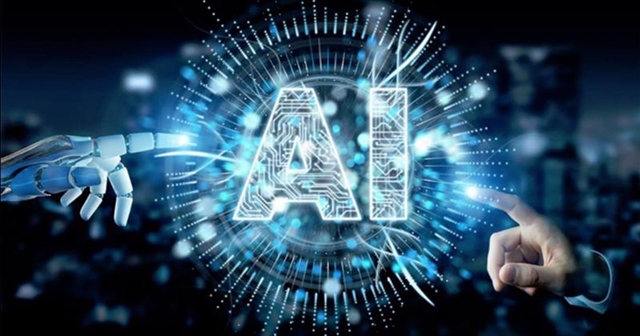 HÀ NỘI — The Ministry of Science and Technology (MoST) is encouraging individuals and organisations working in artificial intelligence to join an AI network between Việt Nam and Australia.

According to the MoST, the Việt Nam- Australia Artificial Intelligence Cooperation Network was launched to help promote the national strategy on AI.

The network will gather individuals, businesses and organisations working in AI in Việt Nam to cooperate with Australian partners.

The network, in collaboration with FISU Club, which consists of members from faculties, institutes and training schools in information technology, was also accompanied by ASUS4 Innovation, a development assistance programme worth AU$13.5 million to strengthen innovation in Việt Nam.

According to the network,  AI has been applied in a number of industries in the country such as e-commerce with 29 per cent, transportation and logistics 18 per cent, education 13 per cent, real estate 12 per cent, finance 11 per cent, and agriculture 5 per cent.

The network said that with 372 AI patent applications, Việt Nam ranked second in ASEAN and was continuously publishing more and more in the area.

The network said demand for human resources for ICT and AI in Việt Nam was highly developed and estimated about 1 million ICT personnel would be needed in the country by 2030.

However, there are still challenges when applying AI to socioeconomic sectors, including weak infrastructure and information for development, and inefficient data storage and sharing.

It also said the AI ​​market in in Việt Nam was still small, with 10 big corporations -- FPT, Viettel, CMC, VNG, VNPT, VinGroup, Google, Amazon, NVIDIA and IBM -- some venture capital funds and 65 startups but almost no open platforms for AI with Vietnamese characteristics.

The network is initially expected to create opportunities for members to cooperate with Australian partners to update the situation of artificial intelligence in the country and beyond.

The MoST will expand cooperation to many other countries and aim to build a sustainable artificial intelligence community with many computer science development activities.

MoST Deputy Minister Bùi Thế Duy said: “The Việt Nam-Australia AI network is a premise for a sustainable community of cooperation in AI in Viet Nam, as well as internationally in the future."

"We look forward to learning from Australia as well as other countries to create a favorable environment for AI development in Việt Nam, realising the ambitious goal set out in the National Strategy on Artificial Intelligence - bringing Việt Nam to the top four of ASEAN and top 50 leading countries in the world in research, development and application of artificial intelligence by 2030."

The network plans to create opportunities for human resources in AI, connect the research community and access information on policies and AI programmes.

Participating partners can support connecting experts to find solutions for AI applications, and connect domestic and foreign enterprises to learn from experience in technology deployment and transfer, supply and demand for AI solutions.