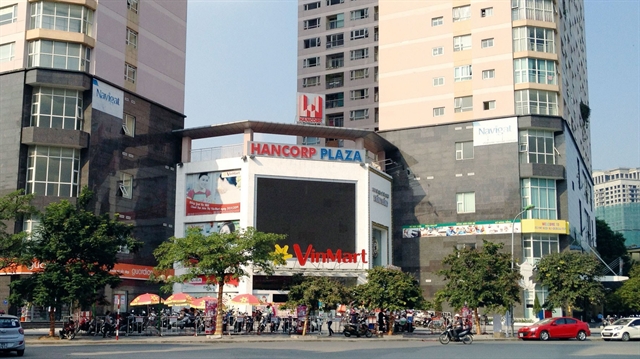 HÀ NỘI — The Ministry of Construction plans to auction its entire holding of 139 million shares in the Hanoi Construction Corporation – JSC (Hancorp) on the Hà Nội Stock Exchange (HNX), the bourse announced on Monday.

The shares, coded HAN on the Unlisted Public Company Market (UPCoM), will be sold at a starting price of VNĐ19,930 (US$0.86) per share. They are equivalent to 98.83 per cent of the company's charter capital.

The auction is scheduled to take place on December 16.

Hancorp is a State-owned enterprise under the Ministry of Construction and was established in December 1982.

In March 2014, the company conducted an initial public offering and held its first shareholder meeting in July 2014.

In the initial offering, the Ministry of Construction auctioned 49.74 million Hancorp shares with a starting price of VNĐ10,200 per share.

However, the IPO failed as 203 investors participated in the auction but the volume of shares they registered to buy was only 1.58 million shares, earning some VNĐ16 billion.

The Ministry of Construction is now the largest shareholder of Hancorp, holding 98.83 per cent of the company's charter capital.

Hancorp brought more than 141 million shares to trade on the Unlisted Public Company Market (UPCoM) since October 2016 with the reference price on the first trading day of VNĐ12,500 per share.

The liquidity of HAN shares remained low in the past year. Stock prices sometimes plummeted to VNĐ6,000 per share. However, from the beginning of November until now, HAN prices suddenly increased sharply, reaching VNĐ18,000 as at present.

The initial auction price of VNĐ19,930 per share is 11 per cent higher than the current market price of HAN shares. — VNS

Regulations about multi-level marketing to be amended

Diverse activities to be held at CAFEO38