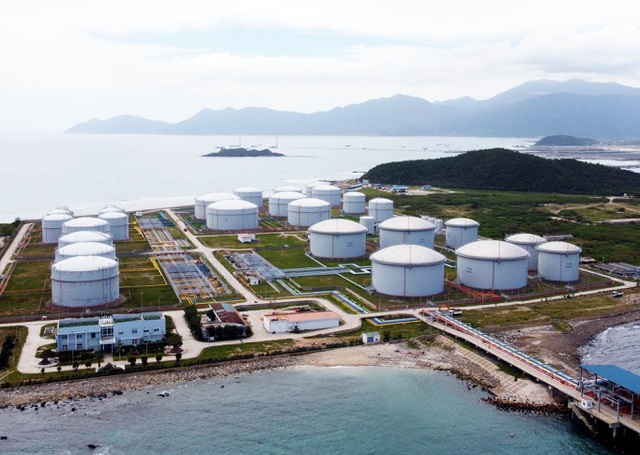 HÀ NỘI — Many foreign and domestic companies are keen on building multibillion-dollar liquefied natural gas power and storage plants in the central province of Khánh Hòa.

The province proposed the Ministry of Industry and Trade (MoIT) list Vân Phong Economic Zone in the national power development plan in the 2021-30 period in the Power Master Plan VIII. According to the Vân Phong Economic Zone’s management board, the four chosen locations have an area of more than 1,000ha with favourable conditions to develop LNG projects.

According to the province’s leaders, the locations were carefully considered with advantages of proximity to the sea, and large land fund for big scale projects.

He said they asked the ministry to give priority to investors from developed countries with financial capacity and experience in investments of power plants around the world such as the US, Japan and South Korea.

In addition, the provincial People’s Committee had requested to supplement and adjust the master plan for development of the gas industry in the southern Vân Phong region (in Vân Phong EZ) to suit the capacity, scale and operating time of gas power projects according to the Power Master Plan VIII.

The Vân Phong Economic Zone’s management board said many firms had shown interest in Vân Phong as an investment destination.

These include Millennium Group from the US, Sumitomo Corporation and J-Power from Japan and a venture between Việt Nam’s Embark United and the US’ Quantum.

Millennium wants to build a 9,600-MW power plant and storage complex with total investment of US$15 billion.

Vietnamese companies are not out of the race in building LNG power and storage projects in the economic zone.

The EZ’s planning would take two years. The province would submit the plan to the Prime Minister for approval.

The Government is drafting a new national power development plan for the next decade that will include 22 LNG power plants with a combined capacity of up to 108.5 GW, the first of which will be commissioned in 2023.

In the future, Việt Nam needs a large amount of LNG energy to serve power generation. This is why the country needs a development strategy for LNG ports.

In terms of structure, Việt Nam’s port system still has many shortcomings such as redundancy of small ports, lack of large ports, insufficient investment in focus, and few ports that are eligible to receive medium-sized vessels.

In order to meet Việt Nam’s demand for LNG in the future, infrastructure such as transportation systems and specialised vehicles for the transport, storage and recycling of fuel need to be improved and developed.

She recommended that the construction and operation of the LNG ports should be carried out by a subsidiary of the gas transport unit. This will help clarify roles and costs and enable a third party to invest in these ports.

In particular, it is necessary to build a shared model of LNG gas port infrastructure to reduce costs, avoid wasting marine resources or conflict of economic interests with other industries as well as facilitate the development of a competitive gas market in the future. — VNS

Regulations about multi-level marketing to be amended

Diverse activities to be held at CAFEO38