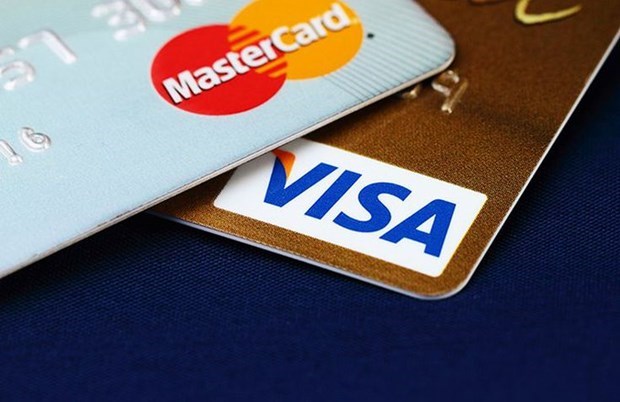 HÀ NỘI — The Vietnam Banks Association (VNBA) has urged international card organisations Visa and Mastercard to reduce several types of fees on Vietnamese banks as the fourth wave of COVID-19 pandemic in Việt Nam has seriously affected the lives and production of people and businesses.

According to the VNBA, the international card organisations are collecting three to four types of fees for each transaction.

The COVID-19 pandemic has a big impact on the card business of Vietnamese banks, the association said in a written document sent to Visa and Mastercard.

The total fees collected by Visa and Mastercard from Vietnamese banks was estimated at more than US$200 million per year in 2019-20, it said.

Thus, the association urged the international card organisations to simplify the fee collection mechanism to avoid overlaps in collecting fees.

It is essential to have a preferential fee policy for domestic transactions which is in line with that of the card switching organisation currently applied in Việt Nam.

The VNBA proposed the transaction fees to be cut by at least 50 per cent for both banks which issued cards and received payments.

It also requested Visa and Mastercard to consider the above proposals and deliver a response before September 10 or arrange a meeting with the association in mid-September to solve the issues. — VNS